Wild Dolphins Swim Up To Boat To Kiss Their Canine Friends 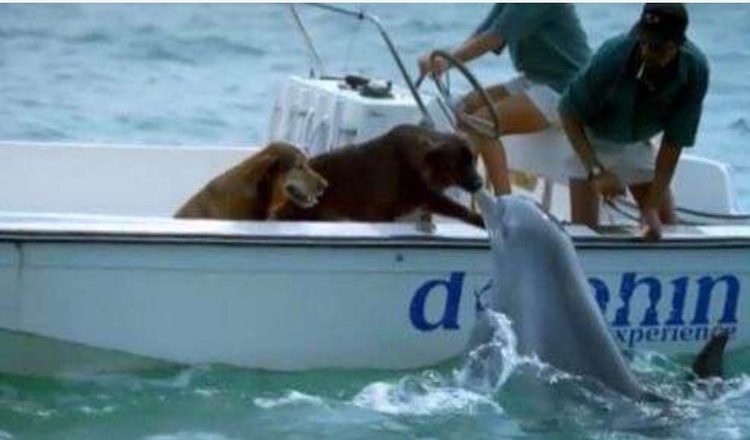 Dolphins are known for their curious and playful personalities, as well as their interest in scoping out other creatures and objects that cross their path. Dolphins typically jump at the chance to make new friends, so it’s no surprise that an adorable dolphin duo seized the opportunity to meet a couple of furry friends that cruised by, writes moneysavingbasics.

A heartfelt moment that showcased the beginning of a beautiful friendship was captured during a normal day out at sea. What started out as two friendly pups accompanying their fur parents on their workboat turned into a loving moment that’s making its way around the internet. 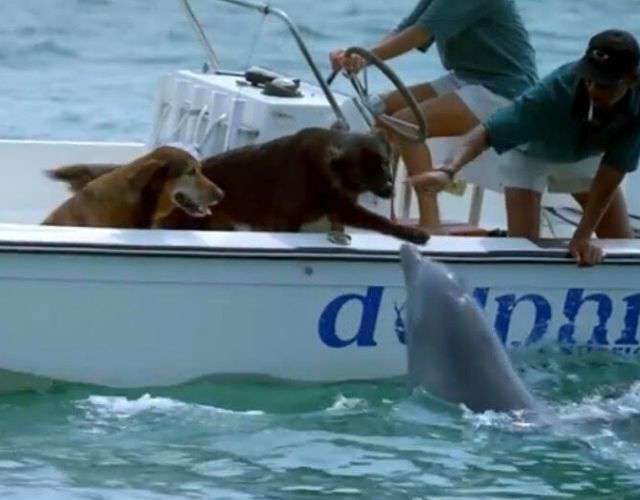 While dolphins are no stranger to the captains of this dolphin experience boat, even they were blown away by the unexpected kiss that a dolphin offered their fur baby. Once the boat came to a stop to allow their canine passengers to lean over and take a closer look, the curious dolphins eagerly swam toward the boat and greeted the two dogs.

After a few moments of friendly chatter from the dolphins, the dogs perched themselves on the edge of the boat and leaned in to get a better view for their conversation. It was then that one of the dolphins popped up out of the water and gave one of the pups the sweetest kiss on their nose. During the entire interaction, you can see both dogs wagging their tails with pure glee! 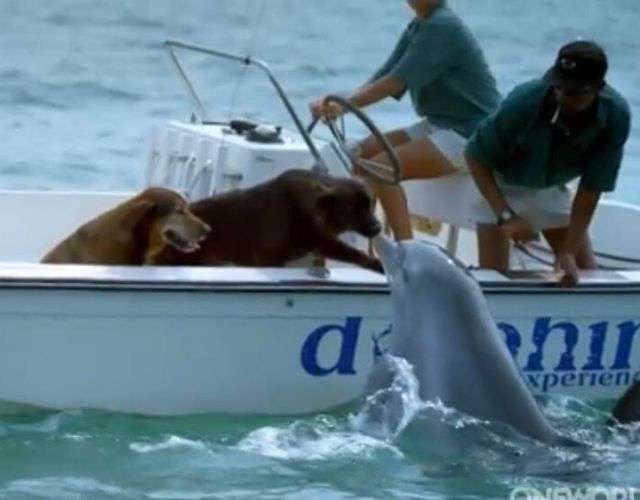 As soon as the two unexpected friends shared this sweet moment, the dolphin immediately jumped in the air with joy. It’s clear in this scenario that love knows no species, and that this special moment would be imprinted on both of their hearts.

If this video wasn’t adorable enough, they even slow down the kiss for us to watch this loving interaction in slow motion. We don’t know about you, but this moment certainly reminds us just how incredible the animal world can be! 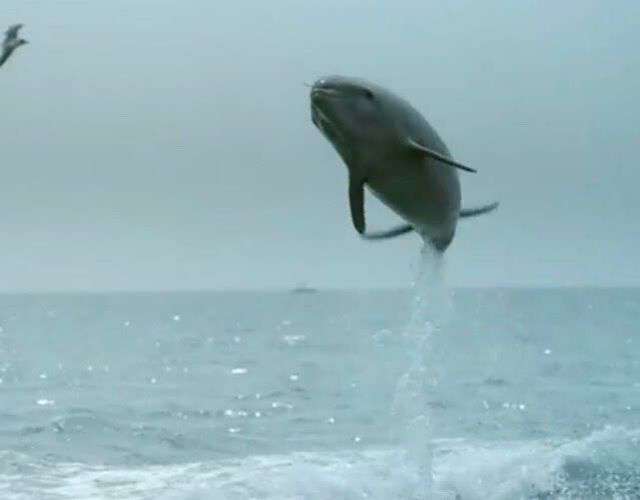 This footage was so special that it was featured in the award-winning IMAX classic, DOLPHINS by MacGillivray Freeman Films. The owners of this film making team are the founders of the One World One Ocean Campaign, and have shared this moment with all of their sea life supporters.

We feel so lucky to have witnessed this heartwarming moment between two incredible species and hope they went on to have even more adorable encounters each time they crossed paths.