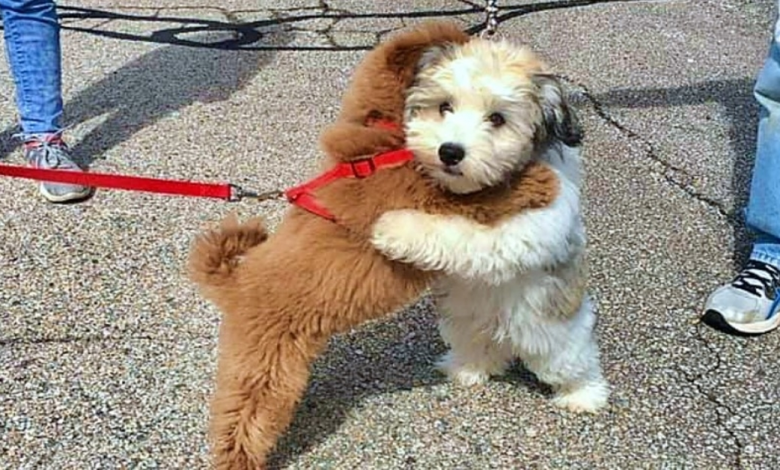 Oftentimes when kids grow up living on the same street as each other, they become friends and visit each other’s houses for playdates, writes ilovemydogsomuch

Since they are neighbors and see one another often, they usually form a close bond. But this isn’t just the case for human kids – it just so happens to be the same situation for these furry neighbors as well.

Simba, a mini Goldendoodle, and Cooper, a Havanese, are neighbors and the best of friends. Simba belongs to Roberto Couto, of Dartmouth, Massachusetts, who told Newsweek that Simba and Cooper go for walks together with their families’ kids. They have grown completely inseparable, and when the two are apart, Simba sometimes escapes his backyard just to visit Cooper. 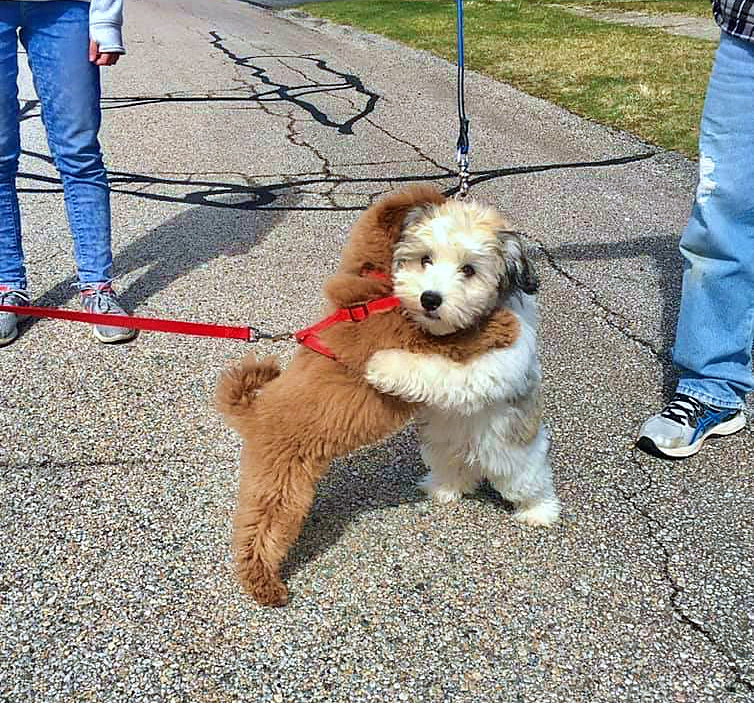 The adorable duo has been best friends since they were young puppies, when their families got them around the same time. They are always so happy to see each other and greet each other in the sweetest way.

During one of their meetings, Couto snapped a picture of the friendly pair hugging each other. They are both standing upright on their hind legs with their front paws wrapped around each other in the most human-like pose. Couto posted the heartwarming photo in the Facebook group “Dogspotting Society,” where it quickly went viral with more than 11,000 likes. It was also posted on Twitter, where it amassed more than 300,000 likes. 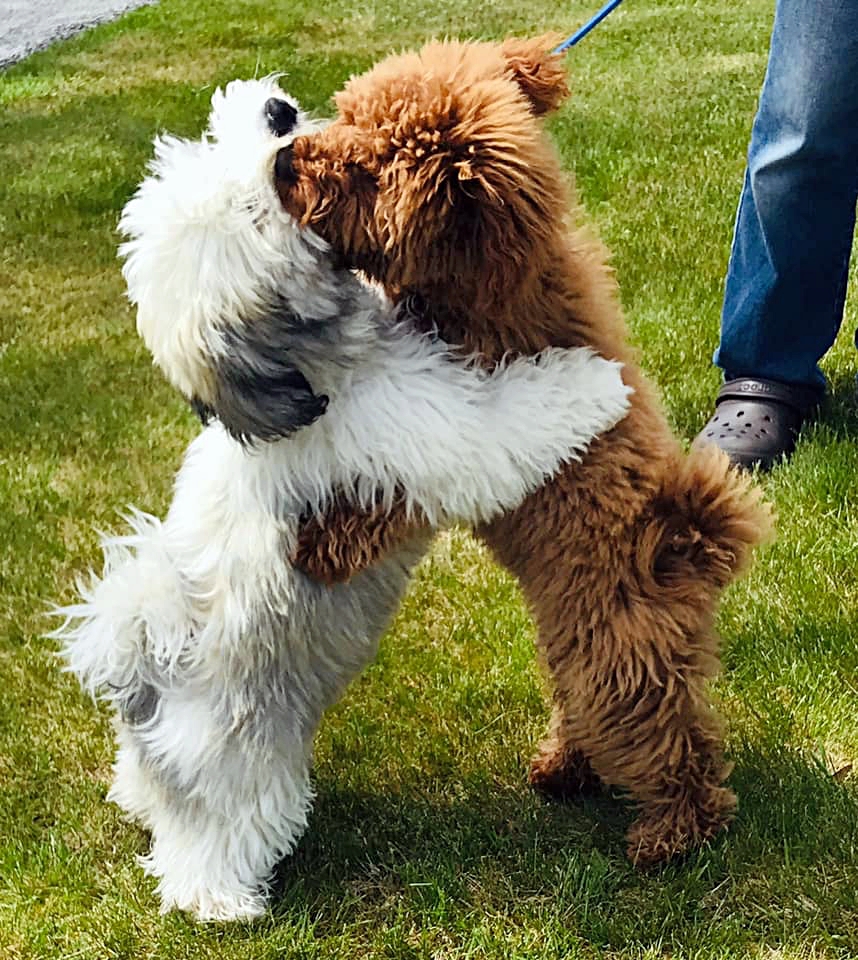 This was not just a one-time occurrence. The furry best friends greet each other with the same warm hug almost every time they see each other. They absolutely adore each other and are lucky to live so close. Now that’s what friendship is all about! Now we just have to hope that neither of their family’s ever decide to move!