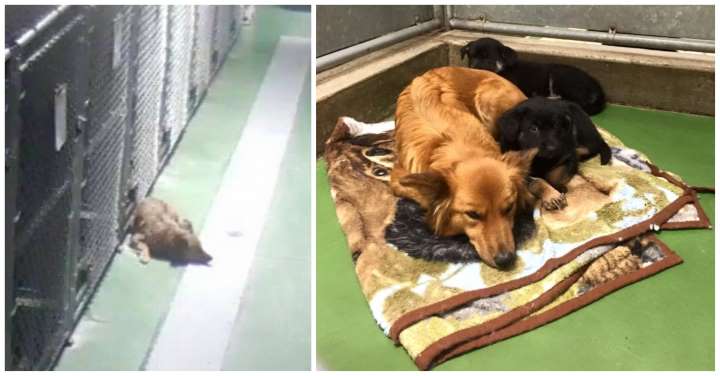 Not all heroes wear capes. In fact, sometimes they can have four legs and a fur coat – like Maggie the Australian shepherd mix dog from Alberta, Canada.

After being dropped off for a short stay at Barkers Pet Motel and Grooming, this clever dog managed to break out of her kennel during the night. Why? To comfort two young puppies on their first night there.

The 9-week-old puppies were fosters from the local rescue society who were staying at Barkers Pet Motel while they waited to be adopted to forever homes. Given that it was their first night, they were no doubt frightened, but Maggie knew exactly what they needed. 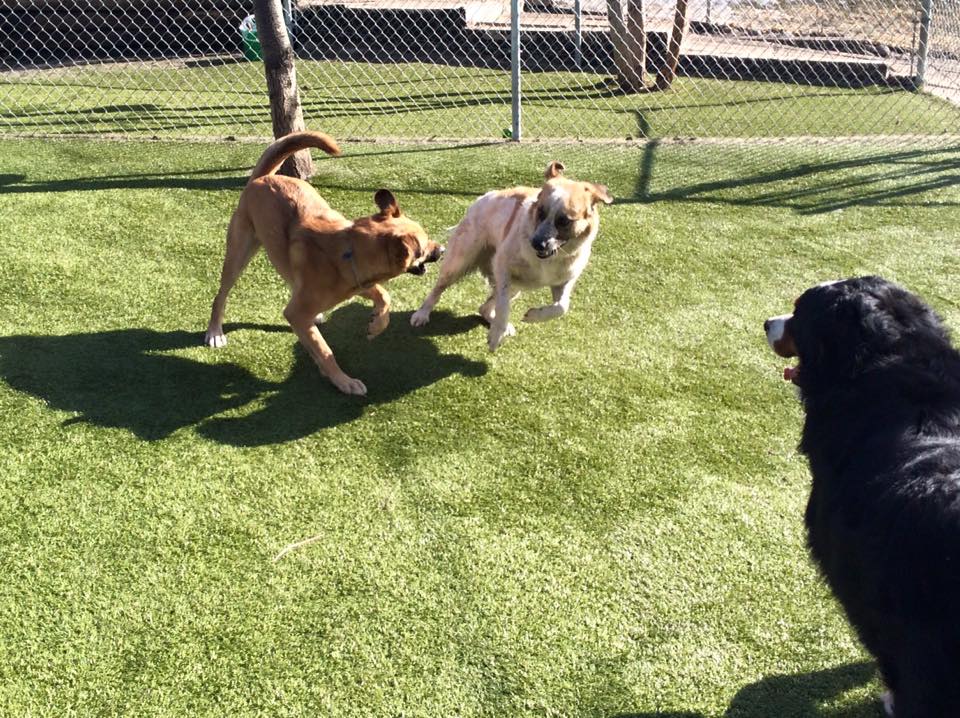 Maggie had just weaned her own litter of puppies a few weeks prior, so her maternal instincts went into full swing when she heard the puppies crying.

A Barkers staff member, Alex Aldred said , “We’ve never really seen it before, where a dog sneaks out to some puppies and is so excited to see them.”

The employees at Barkers Pet Motel and Grooming have witnessed much adorableness over the years, but they say this definitely “takes the cake.”

While Barkers operates as a boarding facility, it often takes in foster dogs from local rescue societies when there aren’t enough foster homes available – that is how the 9-week-old pups came to the facility.

Owner of Barkers, Sandi Aldred, had gotten all the dogs settled into their kennels for the night. Aldred uses her phone as a way to check up on the facility through the surveillance cameras, so when she was out to dinner with her family, she decided to check on the puppies. 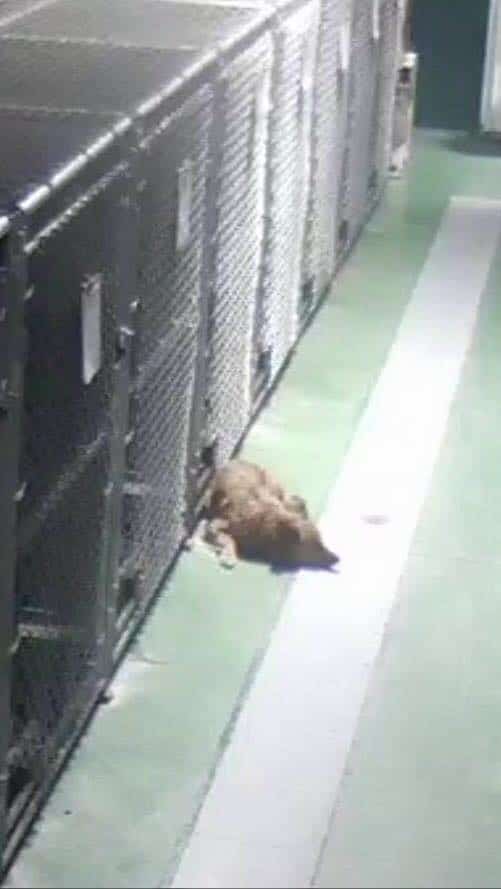 That is when she noticed something odd. Maggie had somehow managed to slip out of her own kennel and was outside of the puppies’ kennel.

The surveillance video managed to catch everything. Maggie had gone to the puppies to sniff them, lick them through the gate, then lie down next to them.

“We watched her on the cameras and she went straight around and she found their room,” Sandi told. “She paid them a lot of attention and you could see her little tail wagging.”

Sandi added, “And she’d do the little bow down to them and poke them through the chainlink gate of their room. She just decided that was where she was going to stay until we came to get her. It was really sweet. She just had to be with those puppies.”

Sandi returned to the kennel after dinner, and Maggie was there to greet her by the door.

Sandi recalled, “She came to me and she was really happy, and then she took me back to their room as if to say, ‘I really need to meet these puppies’.”

That is when Sandi decided to let Maggie into the puppies’ kennel.

“They were just all so happy to be together,” Sandi explained. “She was nuzzling them really gently and nudging them, and then she laid down and let them cuddle with her.”

“The puppies needed her and she needed them,” she added. “It was pretty perfect.”

Sandi allowed Maggie to stay with the puppies for the night. And in the morning when the staff returned, all three were still cuddled up together.

Maggie’s maternal instincts were particularly strong at the time due to the fact that she’d just weaned her own litter of puppies a few weeks earlier before being rescued by the Edmonton Humane Society.

However, all dogs – both males or females who’ve never had puppies – can have an innate instinct to care for the young.

The two puppies themselves had also been weaned fairly early from their mom while they waited for adoption.