Mama dog at shelter keeps getting overlooked, until one little girl smiles at her 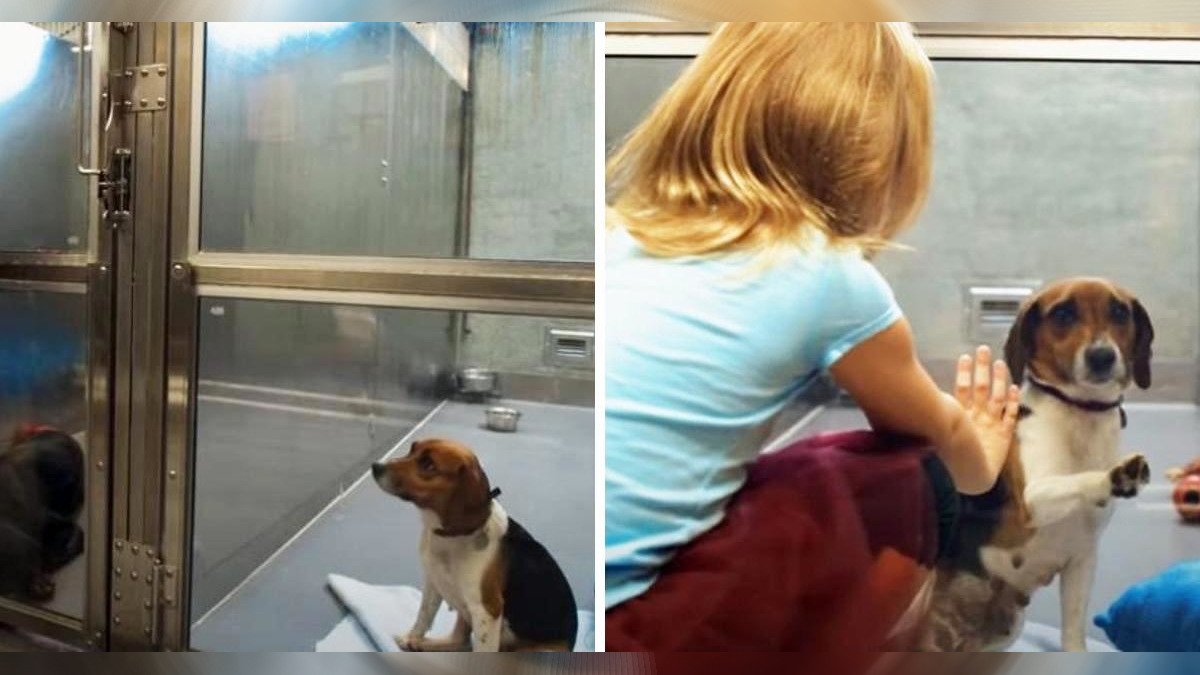 There’s nothing that hurts our hearts more than the thought of animals spending years in the shelters when nobody wants to take them home.

If we had it our way, we would adopt every single animal from every single shelter and make sure they have a good home, but sadly, not many people are in a position to be able to do that (we’re still keeping our fingers crossed for a lottery win!).

Some animals get overlooked because they’re old, while others are ignored because of injuries or illnesses which may cause expensive vets bills over time. And while these reasons are understandable, our hearts ache at the thought of animals spending their final years without being in a loving home.

One particular shelter dog was a mom called Suzie, and she spent many months being overlooked for younger, more desirable dogs. Day after day, she watched other dogs come and go, until one day, it was finally her turn.

Each day, Suzie watched as her doggy friends were adopted. She sat right by her glass window and tried to look as pretty as possible, but no one even stopped to look at her as they walked past to view other dogs. Suzie was about to give up hope.

One day, everything changed. Suzie was sitting by the window as usual, watching as people walked past her kennel to view the other dogs. The feet of a little girl walk by, but this time, instead of continuing down the corridor, the girl stopped in her tracks and turned around.

In a heartwarming moment, the girl stooped down so that she was level with the dog. She smiled and held out her hand to the glass. On the other side of the window, clever Suzie lifted up her paw to try and touch the little girl’s hand. You can see that there is an instant connection between them.

The message sings loud and clear: if you adopt a shelter animal, not only are you improving their life, but you’re also improving your own. Watch the touching video below.