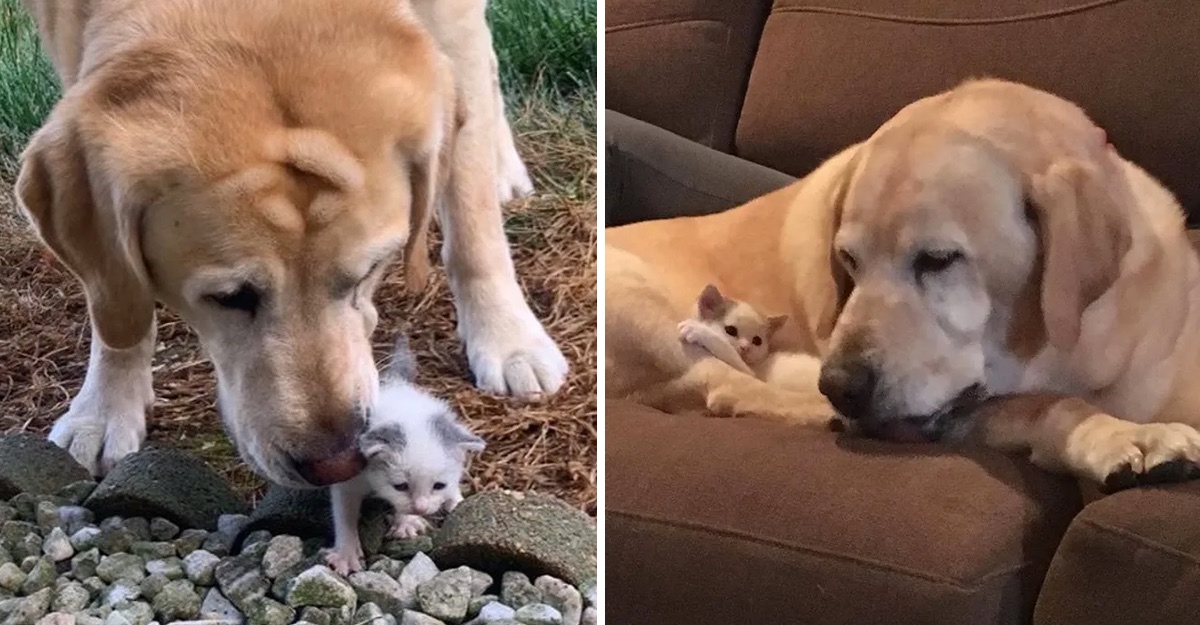 Morgan is the proud mother of four pets, including both dogs and cats. And until five months ago, she hadn’t planned to have another cat in the house, but fate put her to the test in the form of a little kitten.

One day, Morgan heard a series of meows coming from the outside of her farm. She said she went out to call the animal to come to her, but the thick layer of trees that bordered the farm yard made the search very difficult; therefore, the woman opted for the natural option of taking one of her cats out, putting it in the area and letting it smell the surroundings to find the little one. Said and done: the kitten was resting on the stump of a cut tree.

Morgan and her family decided to leave her in the area for a little longer, in case her mother came to her rescue. But after a couple of hours where nothing happened, they knew they had to do something as soon as possible.

They named the kitten Polly, and then gave her a nice bath and removed all the fleas from her little body. One of the curious members of the house came to snoop around: we are talking about Paxton -or Pax-, a 12 year old labrador and guardian of the residence, who heard Polly’s moans and immediately went to see that everything was all right.

Pax and Polly immediately connected: he began to care for her as she was very fragile. Already clean and wormed, Polly traded her desperate meows for long hugs, cuddling next to Pax and taking a long nap without moving from her space.

Morgan fed Polly a bottle for three weeks. After that, every time Polly ate, Pax would look at her carefully and wait for her to finish swallowing to start cleaning her up with his tongue. 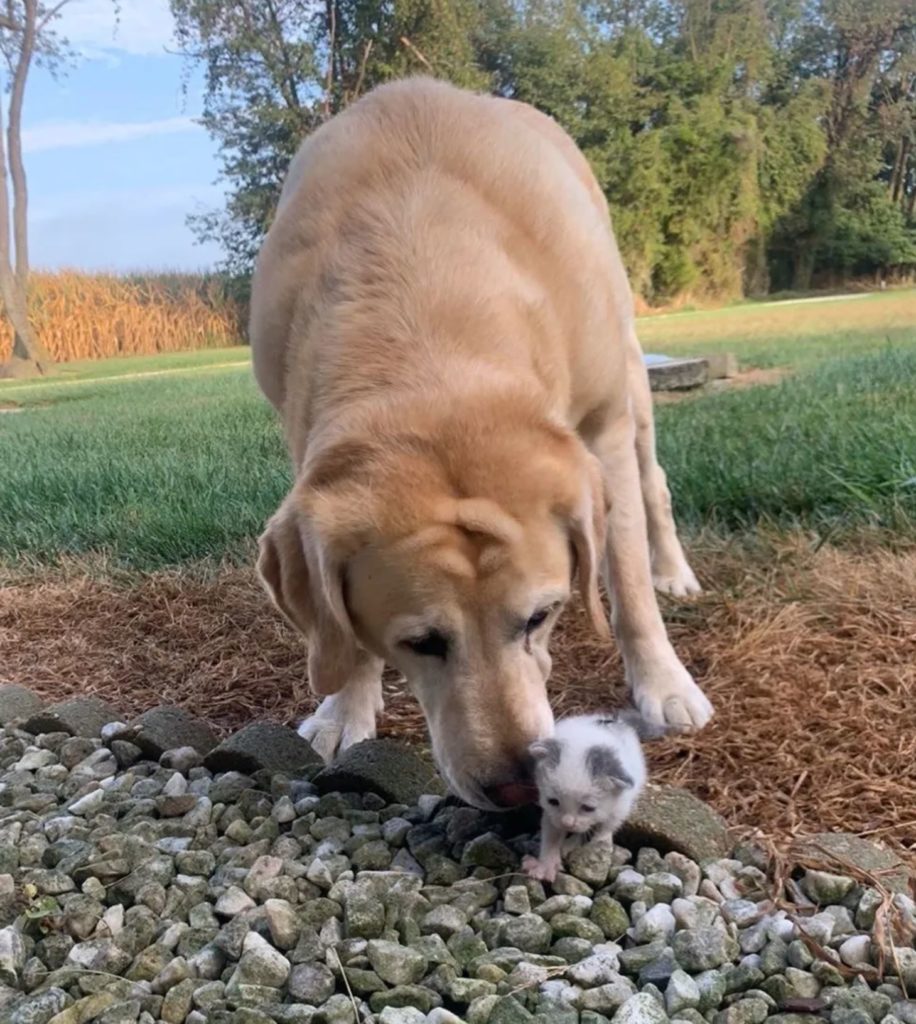 As time went by, Polly became a very curious and mischievous cat, but she does not separate herself from Pax, who quietly lets her play with his tail with an enviable patience. They do everything together and are totally inseparable: they sleep snuggled together and use the same toys to entertain themselves.

And that’s how the “laws” of the animal world were broken with Polly and Pax: they are living proof that dogs and cats can get along great and even love each other.