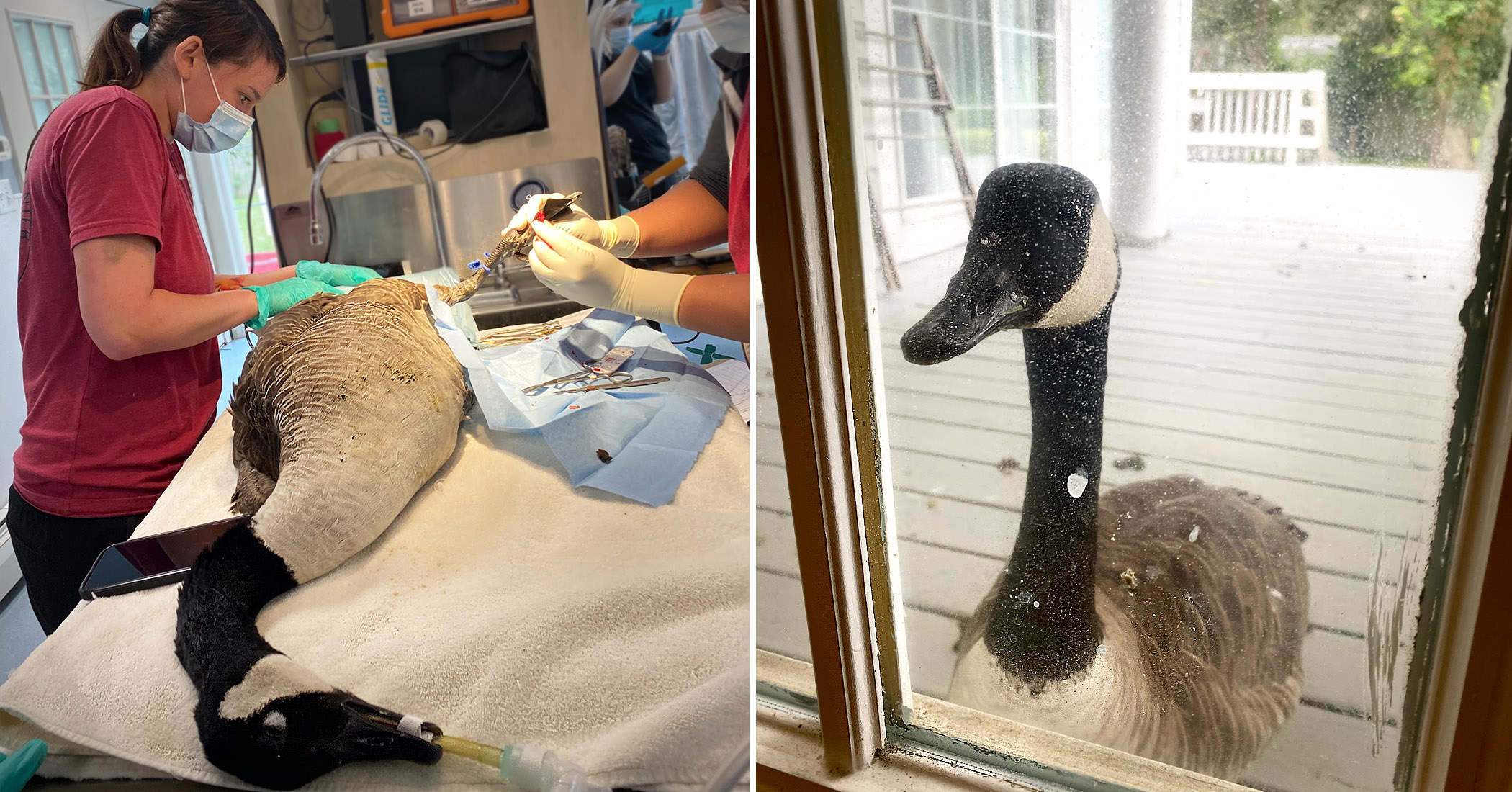 In a very touching scene, a concerned goose has been caught on camera as she waits outside a vet clinic’s door while her lifelong mate undergoes surgery. The moment unfolded at the Cape Wildlife Center in Massachusetts!

When volunteers at the Cape center spotted one of the geese that live in the pond nearby, struggling to walk, they immediately became concerned. So they decided to take Arnold – how the male goose is named – inside their facility for further examination. The vets concerns proved to be founded as they discovered the goose had an injury on his foot and his life was in real danger. The only option to save Arnold’s life was surgery!

“In order to save the foot, and give him a chance at survival, we knew we had to perform surgery on his foot,” Cape Wildlife Center wrote on Facebook. “Our best guess is that a Snapping turtle or other predator injured him while swimming. So we gave him antibiotics and pain medications and fasted him for surgery the next morning.”

However, it turned out not only the vets have been concerned about Arnold’s condition. As the medical team was preparing for surgery, they noticed an unlikely visitor just outside the door. Another goose was sitting there and the vets immediately recognize her as Arnold’s lifelong mate. Apparently, the goose has somehow managed to track her boyfriend down and followed him to be next to him in these difficult times.

“We just heard a faint tapping at the clinic door,” the center wrote. “We turned to see that his mate had waddled up onto the porch and was attempting to break into our clinic! She had somehow located him …”

Worried, Arnold’s soulmate remained in front of the door throughout the procedure. Thankfully, the medics did a great job and the surgery proved to be a success.

Shortly after they got the job done, they opened the door and let the two goose to reunite.

“She remained there throughout the entire procedure, watching us work, never moving from the doorway,” they wrote. “They both seemed much more at ease in each other’s presence.

Though Arnold has to stay at the center a little longer, the staff hopes he will recover as soon as possible, to get to his caring girlfriend. “We will do our best to get him back out quickly and will perform bandage changes and treatments in view of the doorway when possible so that his mate can check up on him,” the Cape Wildlife Center post reads.