AFTER BEING SHOT FOUR TIMES, A DOG REUNITES WITH THE OFFICER WHO SAVED HIM 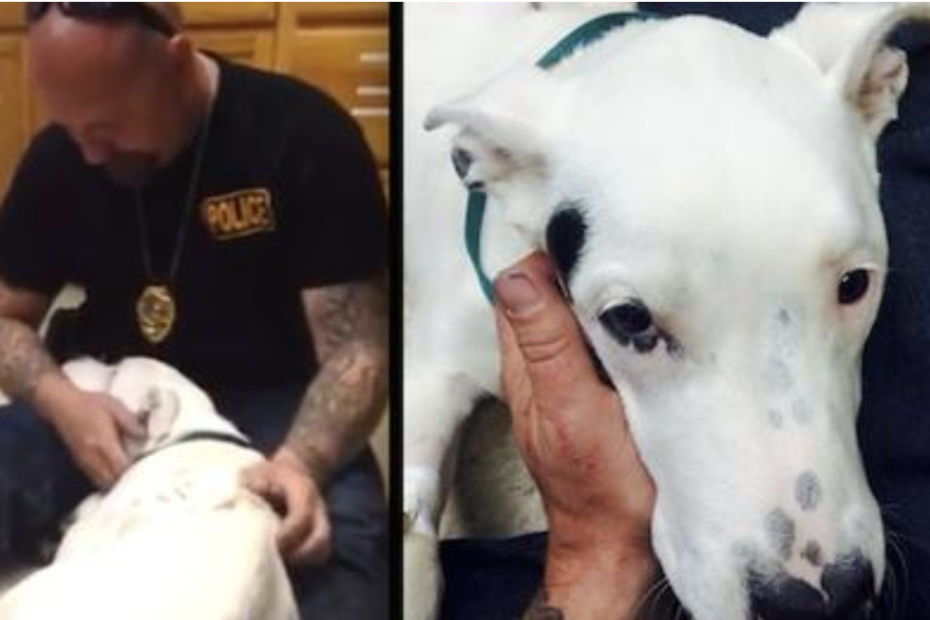 Frank is a dog with an incredible determination to live. In Chester City, Pennsylvania, Justice Rescue got an emergency call that a dog had been shot many times and left to die. Within minutes after receiving the report, Humane Police Officer Russell Harper arrived and discovered Frank covered in blood, aided by Chester City police.

Officer Harper took Frank to an emergency veterinary hospital, where he underwent emergency surgery right away. They operated for six hours, and no one expected Frank to survive, yet he struggled to stay alive and surprisingly survived.

Officer Harper (called “Wolf”) and Crash created Justice Rescue (also a humane police officer). They collaborate with local, federal, and state authorities to prevent animal cruelty and rescue abused canines. To find out who shot Frank, an inquiry is begun.

Officer Harper returned to the hospital to see Frank, and as you can see in the heartbreaking video below, Frank recalls his rescuer. The thankful dog simply rolls up in the lap of his savior!

Note, the video may take a few seconds to load.

Share this heartwarming reunion with your friends and family!