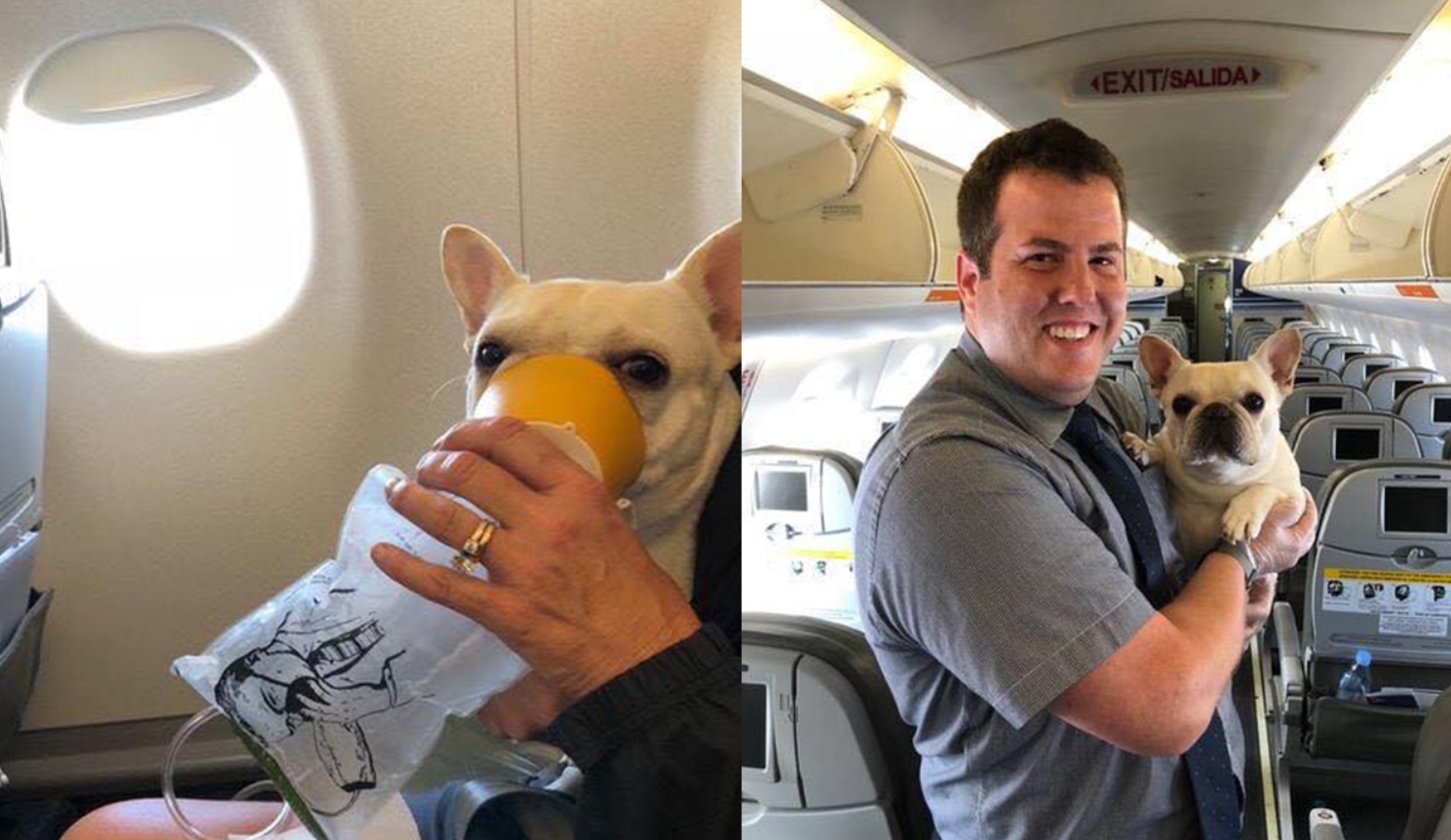 Undoubtedly, dogs are our guardian angels, and there are so many stories about their heroic – lifesaving – actions. Nonetheless, even an angel could find in need of help. But when this tiny pup needed help, two flight attendants stepped up and saved her life!

When Michele Burt, her husband Steven, and their three dogs went on a board of a JetBlue plane from Florida to Massachusetts, it supposed to be a routine flight since they have traveled for many times. Respecting the protocols, the Burts had the dogs in carriers under their seats. But shortly after the take off, Michele noticed that one of her dogs, Darcy – a lovely French Bulldog – was having some breathing problems. 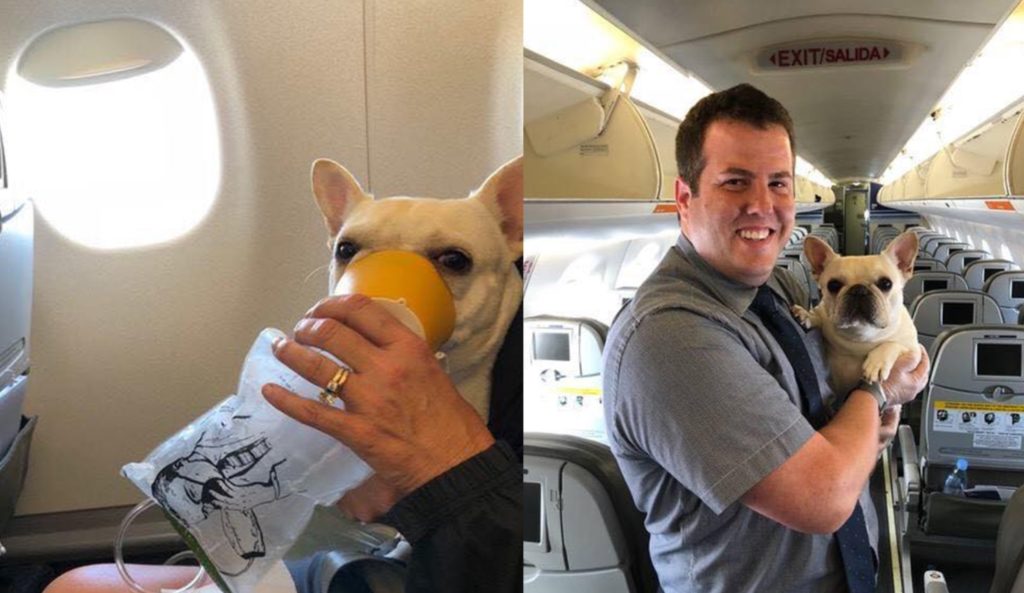 Worried, Michele open Darcy carrier’s door to check on her. The woman was aware she was acting against the flight company’s protocol, but her dog’s life was at danger!

“I noticed that her tongue was blue, and I am aware that is a sign of insufficient oxygen”, the woman later explained. “I pulled her out from under the seat and placed her on my lap to cool down and help her relax as she was panicking and breathing frantically.”

Flight attendant Renaud Fenster, had no idea what’s going on, so he initially asked Michele to put back her dog, as the flight protocol is extremely strict in these situations. However, he soon realized it might be something serious, so he rushed to help, but not before alerting his colleague Diane Asher. 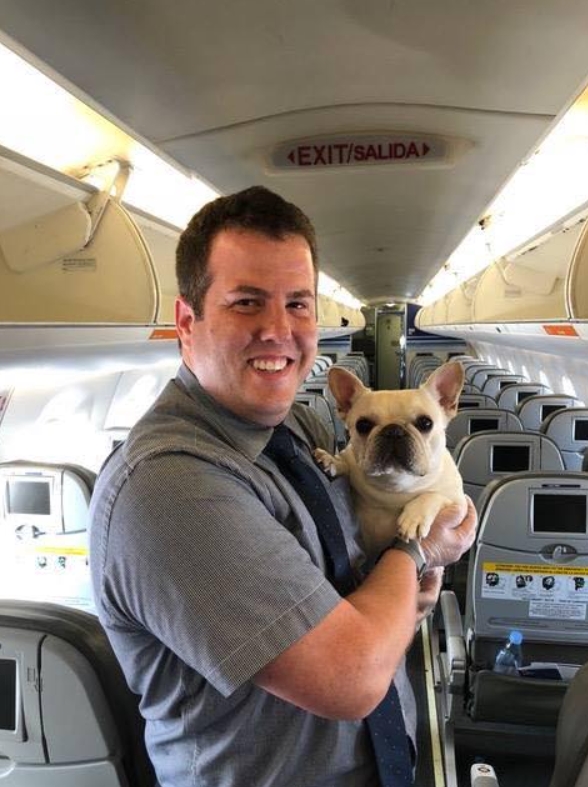 The two crew members, initially used some ice bags to cool Darcy down, but unsuccessfully, though. Then, Renaud – who also owns a French Bulldog, had another idea. One that goes against the protocol, though. However, he was ready to take that risk, in order to save the poor dog’s life.

“He [Renaud] brought a small oxygen tank with a mask attached and offered it saying, ‘Maybe this will help,’” Michelle said. ““I believe Renaud and Diane saved a life, some may reduce the value of life because Darcy is a canine — I do not.” 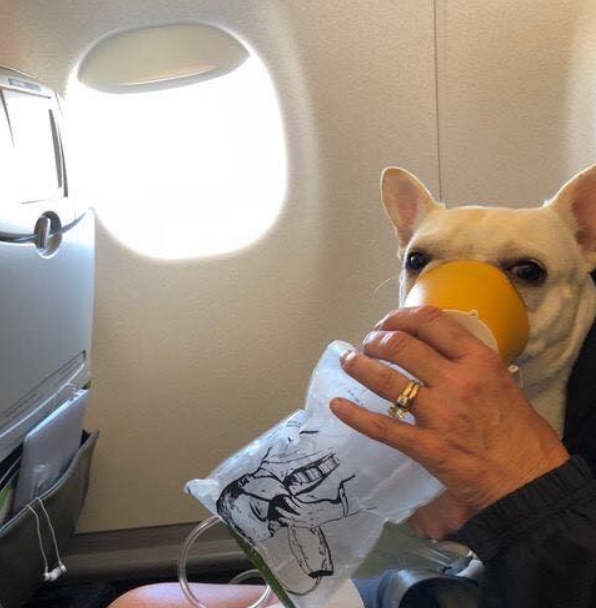 The two flight attendants action saved Darcy’s life, even though that meant they had to act against the rules. So, after they landed, and Darcy fully recovered, Michele decided to wrote a letter to thank these two very kind woman. “I wanted to say thank you JetBlue and thank you to Renaud and Diane for doing their job and also being great humans!” 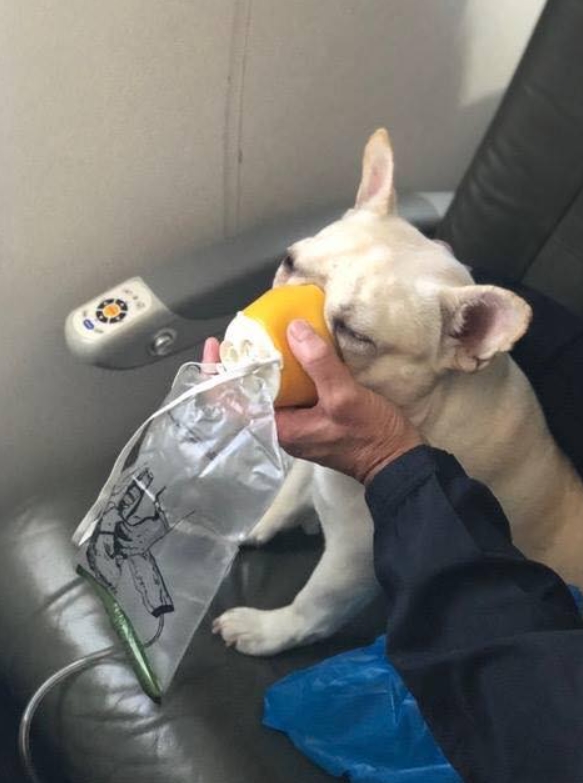 When finding about the situation, the company couldn’t be prouder. They even praised the two women for their actions! “Our mission is to inspire humanity, and we’re very proud of those outstanding crew members who consistently demonstrate a passion for excellent customer service,” JetBlue wrote in a statement.