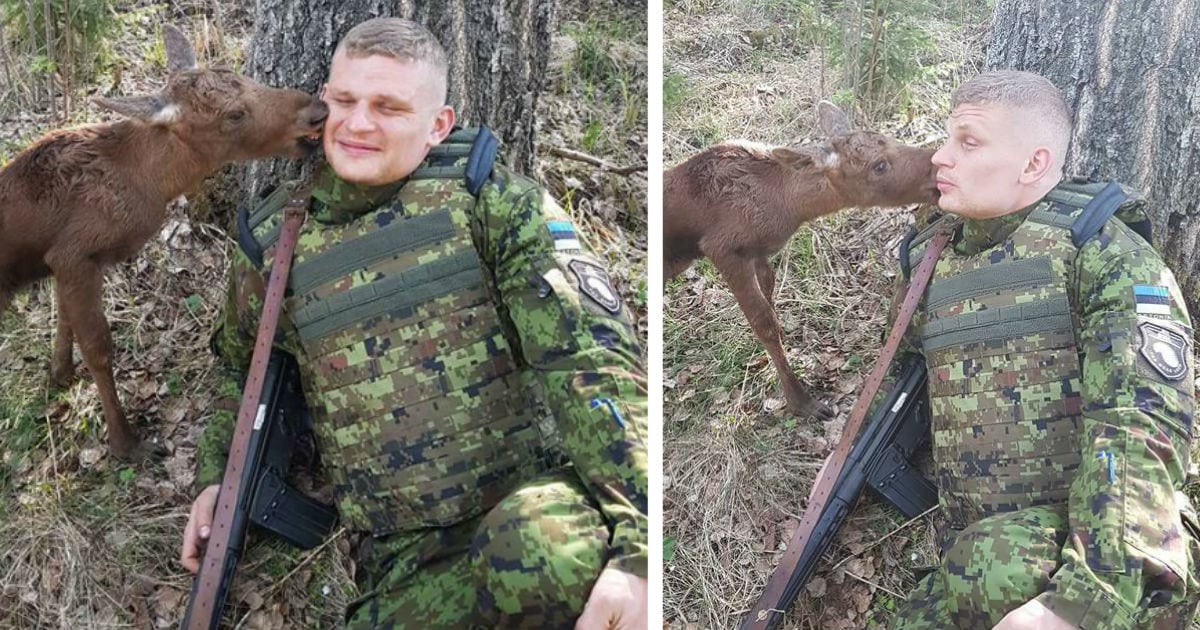 Usually, wild animals are getting pretty uncomfortable in the presence of humans, but when this Estonian soldier went for a walk in the woods he and his unit were deployed, he had the sweetest surprise. A baby moose approached him and started to kiss him. The man immediately realized, the cute little animal might be lost and did his best to save the day!

During a military exercise on the shores of Lake Võrtsjärv in Estonia, Erich Jyri Prikko had the kind of experience he never thought he’ll have under these circumstances. During a walk through a nearby forest, Erich came across a helpless baby moose. What he initially thought to be the sound of a crying cat, turned to be a confused tiny moose.

“I heard some funny voices that reminded me a cat or a small baby,” the man told The Dodo. “I noticed some kind of a cute animal walking towards me. At first he reminded me a dog, but pretty quickly I realized it was a small baby moose trying to tell me something.”

As it turned out, the tiny animal was all alone, as his mother was nowhere to be found. Erich tried to comfort the baby moose, so he lied down next to a tree hoping that his concerned mother will return soon. Nonetheless, he never expect the baby moose to be so friendly!

“He slowly walked towards me,” Enrich said. “He was quite shy at first, but he finally decided that I seemed to be trustworthy and came very close to me.” Even though he was very sweet and gentle and he constantly kissed Enrich, the tiny moose looked very hungry, so the kind soldier decided to do something about it. He called for help and shortly after someone came with a bottle of milk, to feed the baby moose.

“I called our veterinary office and let them know what happened,” he said. “I wanted to do more for the small calf and wanted to ask what should I do.”

After spending a few hours in the baby moose’s company, Enrich had to leave. But taking the lost animal with him would have only made things worst, so he left in the exact spot he found him, hoping his mom will eventually returned. Fortunately that happened sooner than later! 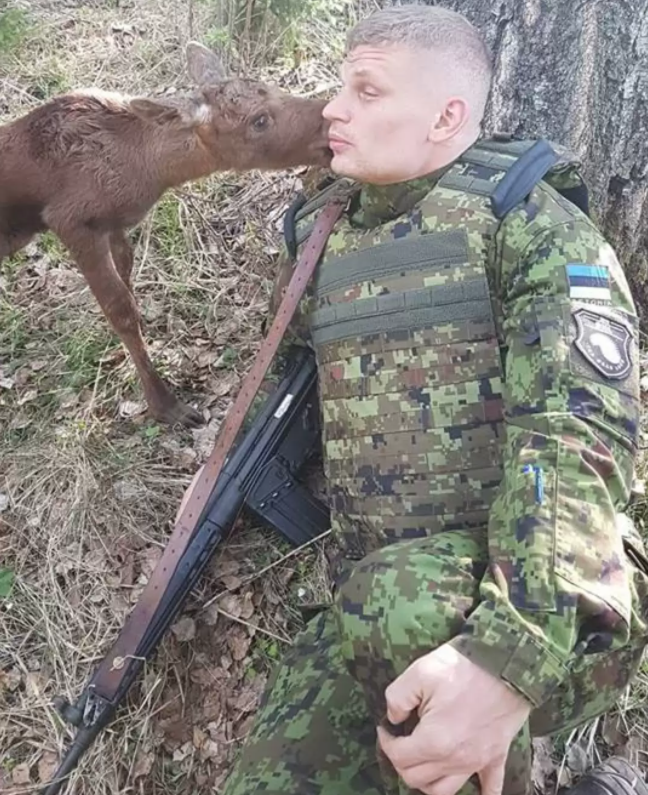 “Next morning we noticed very fresh big moose footprints that indicated that the small calf had been rescued by his mother,” Enrich said. “I wanted the calf’s mother to find him and I was very satisfied when we found out that they really found each other.”