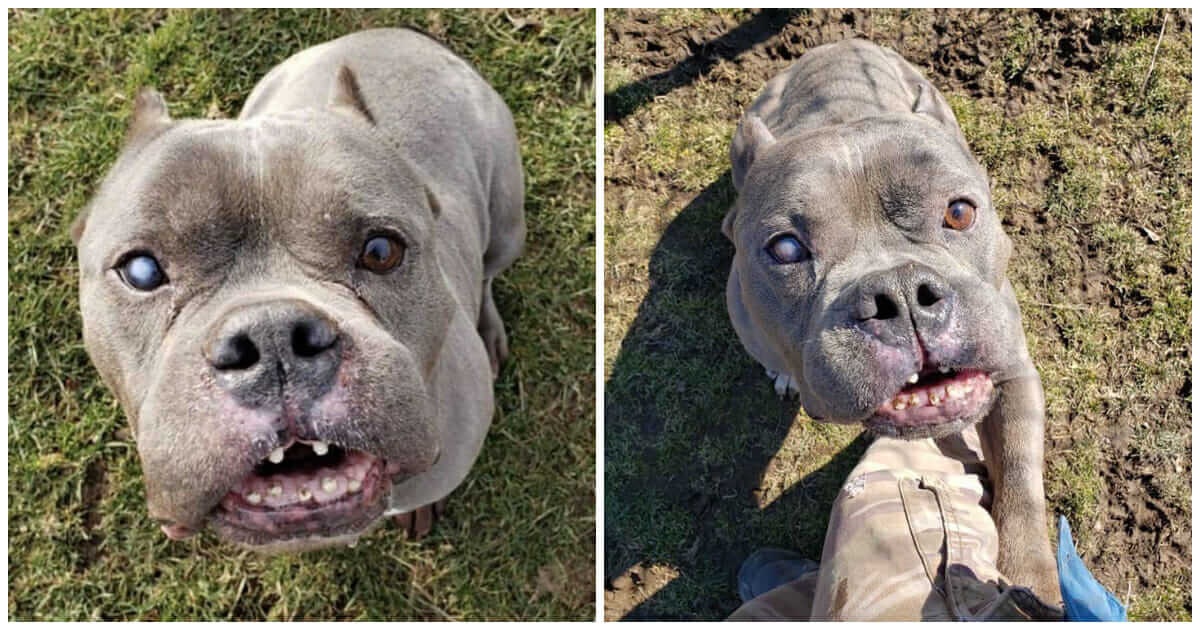 All shelter dogs are waiting to be adopted, but some unfortunately end up waiting longer than others.

The sad reality is that oftentimes, people decide on their new pet based on appearance and often opt for the cutest puppy available, overlooking some of the more unconventional-looking dogs.

But these dogs deserve love, too… like this good boy who spent years waiting for the right forever home, but finally got his happy ending.

Wally doesn’t look like your ordinary dog, to be sure. But he’s had a rough life and is just looking for a family to spend his final years with.

Wally was first brought to the Town of Islip Animal Shelter on Long Island, New York, he was a stray and already nearly 10 years old.

He also had some health problems, including a skin infection and blindness in one eye, according to The Dodo. This all gave poor Wally an appearance that the shelter worried would turn potential adopters away.

However, he proved to have a wonderful personality and became a favorite of the shelter workers.

“He loves to slobber on you and will do anything for some food,” veterinary tech Danielle Gorle told The Dodo. “He also likes to just hang out and not do anything.”

“Wally is an amazing walrus/hippo/rhino dog that really just needs a home that accepts him and to spend his golden years in!” Jen, a shelter volunteer, wrote on Facebook.

“He is a little mush and volunteer favorite.”