Adopting a rescue dog can completely transform a dog’s life. The smallest things may make a world of difference when a dog comes from nothing and has only known maltreatment and loneliness.

That’s what one woman discovered after bringing a new dog home and witnessing his endearing response to one of the most simple things.

Susanne, a woman, adopted Neville, a 10-year-old Jack Russell terrier mix. She already had rescue dogs at home, but she knew she had to take Neville when she saw him.

“I knew I loved him right away!” Susanne shared her story with The Dodo. “I waited outside the center for three hours to ensure I was the first to register my interest, and we clicked the instant we saw each other.” 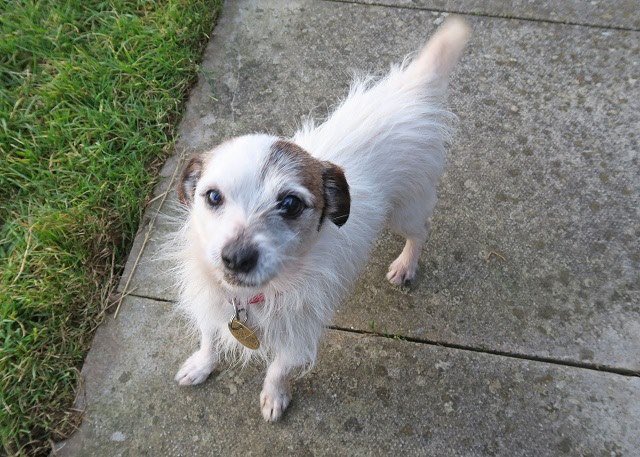 Neville had been discovered as a stray. He wasn’t neutered and had bad teeth, so he was in bad shape. While no one knows for sure what happened to him, he was most likely utilized for breeding.

It was obvious that he had been mistreated in the past… In his new home, he had to unlearn some of his old habits.

Susanne explained, “At first, he used to compete for food and would try to feed right off the floor or from my other dog’s dish.”

End of June/beginning of July. Rob, who used to look after Ogden on Wednesdays & holidays, is beside himself with excitement! This video shows the damage she’s done trying to escape from being chained up. pic.twitter.com/3FBp6J3H28