Our military is the reason why we enjoy the freedoms and rights that we have right now. If it weren’t for them, being an American would be very different. But we all know that our troops need help. Yes, they are the best of the best, but they’re only human, and sometimes they need help.

In this viral story, a U.S. soldier got a helping paw from a stray dog. As if dogs haven’t done enough for us, unworthy humans, this pup saved the life of an American hero. This furry hero is Scar. The pooch got his name because of a scar he got when an evil local man hit him with a shovel. 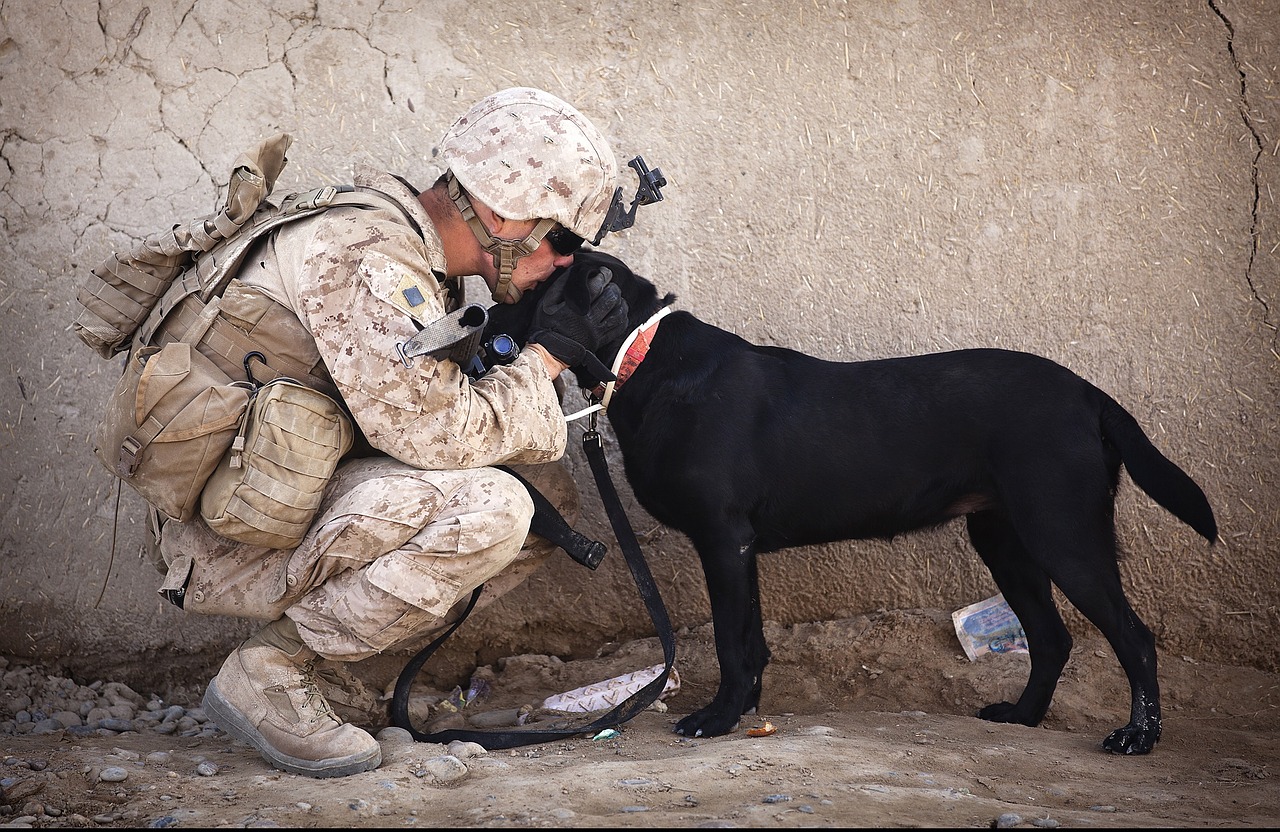 Despite Scar’s bad experience, he still befriended humans, and he even became buddies with a foreigner. But we’re pretty sure that to dogs, we humans just look the same. Army Corporal Peter Pero was deployed in Iraq when he met Scar. The dog took a liking to the American and followed him around.

Everywhere Peter went, the pooch would be right behind him. One fateful day, Peter was headed out to a place near the base to grab something to eat. As expected, Scar was there with him. But this time, Scar was acting weird. He was barking and growling at an Iraqi man who was nearby.

As Peter explained it, the pooch wouldn’t even let the man get near him. That’s when his alarm bells went off. Peter and his colleagues became suspicious and interrogated the man. It turned out that the local man had a concealed weapon and was planning to carry out an attack on Peter’s team.

Because of Scar, Peter and his team are alive today. From that point on, Peter knew that Scar was meant to be his dog. He and his wife, Ana, asked for donations to ship Scar to America. Their family and friends heard of Scar’s heroics, and they didn’t spare any change. Now, the heroic canine is with Ana, waiting for Peter to come home.