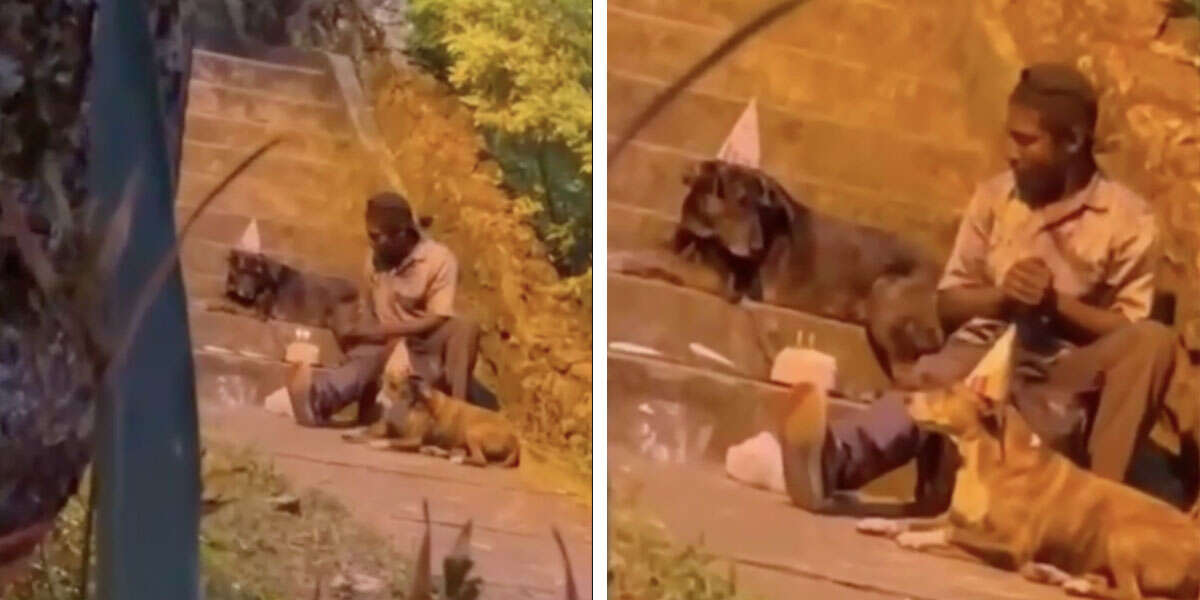 How can you find a kind-hearted person on Earth? – To look at the way he/she treats animals, the most unprivileged souls in the world. This homeless man has nothing but a loving heart, and that is why he can find happiness in everything he shares with two furry companions.

José Luis Matos has spent his entire life wandering the streets in Bucaramanga, the capital of the department of Santander in Colombia. He may not have any possession, but for sure, the 25-year-old man is just far more fortunate than any of us. Because he has ‘a family’ that shows him how real love and happiness literally feel like.

Recent footage in which the man, also known as Choco Aventura, celebrated his dog’s birthday has touched thousands of hearts online. Choco’s simple action of kindness was filmed in a viral video with the caption: “He has always been seen accompanied by his furry ones. It is for people like him that we must change this unjust society.”

Choco has two inseparable dogs, one of which is Shaggy, who already turned two. So the man decided to do something special. In the video, you see him sitting alongside his furry companions – who were both wearing party hats – bringing a birthday cake with some candles and wishing them “Happy birthday” Finishing the song, he gave kisses to each of his pups, and the three enjoyed the cake together. We can’t believe that compassion and happiness are that simple! After the viral touching moment, more and more people have heard of Choco’s situation. People around the world and locals who have been deeply impressed by the inspiring footage donate clothes and money they have for Choco. Someone even gave him a cellphone, while another offered him a job so that he could live a better life with his dogs. We are happy for Choco and his sweet family.